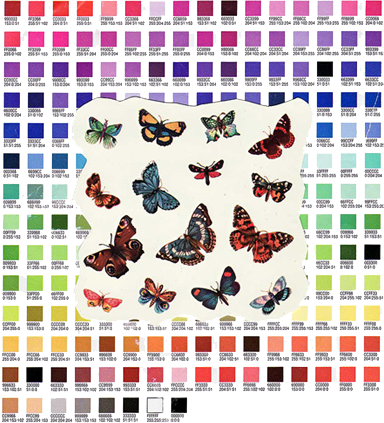 As the Paint Dries, We Query: Who Calibrates Your Color Scheme?

Little by little I have been describing my views of Churchman's Inquiring Systems. The story unfolds with 5 different inquirers, each accumulating truth according to its knowledge-gathering design.

We start with the Leibnizian Inquiring System, which looks within itself, finds general truths, and then deduces a grab bag of truths. One of these grab bags, for example, is labeled Mathematics.

Next, we encounter with the Lockean Inquiring System, which observes the outside world and then, using inductive reasoning, offers truths. For example, this inquiring system could observe the world and then know something, say "Males with banjos on hot roofs tend to marry females in big bands out West" and, after carefully collecting data (more observations of the outside world), this truth might carry the day with confidence. Such truths fill up the libraries with scientific journals.

I wrote about the Kantian Inquiring Systems in my post called Unintended Consequences. I considered my hobby of writing as one of many possible hobbies that I could embrace. I suggest that the choice of one's hobby is like the choice of the Kantian inquirer, interchange the model that does the knowledge-processing and you change the truths are found. Change the hobby and change one's world. The Kantian Inquiring Systems has interchangeable models, like a fancy camera has interchangeable lenses.

In this post, I reflect on the idea that the Kantian Inquiring System is a combination of the first two inquiring systems. Kantian inquirers are both Leibnizian inquirers and Lockean inquirers.

The combination of Leibnizian and Lockean designs creates a very dynamic inquirer. By fusing internally-inspired truth-making and externally-inspired truth-making, the Kantian Inquiring System appears much more complex. A sign of this complexity is the inquirer within the inquirer. The Kantian Inquiring System dispatches upon the scene an executive, a decision maker within that aids with the truth-finding. The executive judges what data should be input, how that data should be represented, whether the data are appropriate for question being solved, whether a solution has appeared, and whether the whole question should be jettisoned to be replaced by another question.

The Kantian Inquiring System, following the philosophy of Immanuel Kant, recognizes that the inquirer has a knowledge-seeking structure. For example, the mind does indeed have a basic structurer. This structure (internal to the inquirer) impacts the knowledge-seeking. So, long before any inquiry is made, the structure itself can be seen as a kind of knowledge; in the mind a priori knowledge exists, independent of experience and observation. This is reminiscent of the first inquirer, the Leibnizian Inquiring System.

As the paint dries...