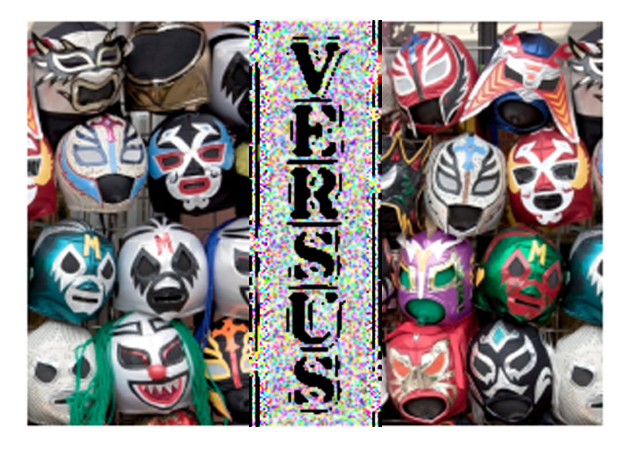 It's a trap! Remember what Systemantics says roughly "You can choose your problems." Avoid the smackdown by not entering the ring. Wake up now, as there is no ring. You are the one that rings the bell. As my adviser (Courtney!) used to say, with a good dose of systems thinking on a map that needs a bigger piece of paper, "Follow the money." So, I will tell you right off that the way out of the Hegelian Inquiring Systems is for an inquirer to ask Who is the promoter?

With that said, we are going in. Time to discuss the Hegelian Inquiring Systems.

Hegelian Inquiring Systems is our world on fire. Hegelian Inquiring Systems debate, argue, rebut, and are generally in your face about the truth. I once started a debate club, so I can tell you. However, I have grown tired of the conflict, always thesis versus antithesis. "My boat bottom is shinier than your boat bottom." The waters are too agitated. I needed a rest.

And, besides, the next inquirer lurks over the horizon like a godsend inquirer's paradise.

I nevertheless approach the Hegelian Inquiring Systems cautiously. My initial reaction is loathing but that itself is falling into the trap. The poles attract mightily, and pull all to one side or the other. Any dislike (criticism) that I have would be met with zest by a Hegelian Inquirer.

Welcome to the dialectic. Us versus Them. Dog versus Cat. Me vs. You. My team against your team. Man versus Woman. Man versus Nature. My polished design against your polished design. Human vs. Alien. And, in terms of truth-finding, thesis versus antithesis. The people who think this list sucks versus the people who think it is truth unless there is a full moon then all inquiry bets are off.

You get the idea. We are all in on this game, and in many ways. But, newsflash is that what the Hegelian inquirer doesn't know, is that that we are all one. Everything in the universe is attached to the rest of the universe. Paint on your placard: FALSE DICHOTOMY. The atoms of a Democrats are attached to the atoms of a Republican. The maize and blue team loves their mothers as much as the scarlet and gray team loves their mother.

The false dichotomies fill our public sphere, dividing people, corralling people away from the land of independent thought, and reducing debates to shouting matches of hurtful stereotypes. When I find myself gritting my inquiry teeth, I try to be mindful of crafting an ethical inquiry. I step away from the handcuffs of the cubbyhole positions. I consider multiple perspectives. I think of the buffaloes roaming the plains. One man's target practice is another man's cacophony. My aim is to find a truth that loves everyone. I assume that the inquiry by which I find that truth should also love everyone.

The Hegelian Inquiring system generates knowledge by forcing the thesis and the antithesis to battle it out to the death. Then from the ashes, rises new knowledge, a synergy, a merging, differences settles in a mutually beneficial solution.

So, out comes the synthesis. This is the new knowledge. but here' the problem. As soon as the thesis and antithesis dissolve into a synthesis,… an entirely new anti-thesis arises to challenge the synthesis. It seems as if it is always conflict with the Hegelian Inquiring Systems. The synthesis does not get a chance to take a breath, and whammo!

Right and wrong. Black and white. Rich and Poor. Savers and spenders. Owner-Managers and workers. Old and young. One group often loves to hate the other group. Challenge. Fight. Oppose. Argue. Protest. Chide. Tell jokes about. All this truth-finding angst and yet the one side never seems to just walk away. One side because not so much a position but the relief of the other. In graphic arts they have a frisket, a template that creates its opposite. And here, this blog post, is slamming the theory. Trapped!

Hegelian Inquiring Systems create knowledge, but at what cost? All this angst may not be good for us. Can it be now dissipated? Acceptance. Tolerance. Evaporate the false dichotomy. I place the Hegelian Inquiring Systems theory on a raft and launch the raft into the river and watch as it floats upon a babbling rapid of blue water to somewhere into the distance beyond the green moss. I will know where to find that theory when I need it.