Part of the excitement of reading Churchman's The Design of Inquiring Systems is this unfolding story that is told over the series of 5 inquiring systems. With a little imagination, one finds the tale of how humankind has gained knowledge over the centuries. And the story is not without its heroes, as each inquiring systems comes complete with a champion heralding a new-and-improved truth detection methods.

Overall, one might say that the n + 1 inquiring system is always seemingly a little more sophisticated in its truth detecting than the n inquiring system. In this way the first of the 5 inquiring systems, the Leibnizian Inquiring System, might be quickly dismissed. After all, there are four more inquiring system rock stars ready to pump up the volume and steal the show. Who buys a ticket to see Leibniz? Leibniz is just the opening band.

Yet, I wonder, if it might be a mistake, to quickly discount the first of Churchman's inquirers, the Leibnizian Inquiring Systems. There is much to consider here, if not everything. 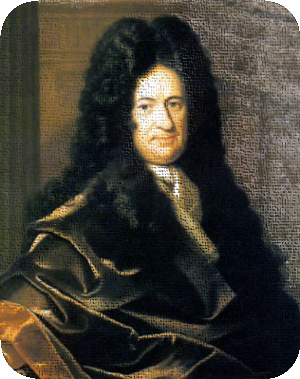 The monad is the building block for the universe. Each monad contains the source, a totality, this holographic universe-knowing quality, such that even though it is part of the whole, it knows the whole. To know something, the Leibnizian inquirer gazes within where it finds itself gazing without. What this Leibnizian inquirer lacks in trendy sophisticated complexity is more than makes up for in depth.

Consider Churchman characterization: The monad is a unit. It is alone. It contains the truth it seeks.

Consider also what it could be like to be a Leibnizian Inquirer: We apply reason. We consider our prior definitions. For truth, we have no need for empirical evidence. There is plenty of truth to discover in assumptions.

The Leibnizian inquirer might never be a pop star in today's world of glamor knowledge management systems. Leibnizian inquiry is an old act, and one with difficult questions, and even the translations of the texts are in a language one might not be well verse in. The buzz might be there, sure, but it is as faint as the background radiation of the universe.

Yet, the theme will not fade away. Perhaps there is a chance for a Comeback Tour. Here, I think of science fiction writers as a kind of rock star. Might a science fiction writer (for example, someone like Philip K. Dick) explain the universe and the experience of being alive it in a way that makes the most sense? And many movies based upon his novels have been made, just saying.

For the record, my metaphysics is that everything is a soupy subatomic particle hologram of amazing vibrating light energy. Does nature lurk in my definition, waiting to surprise, whimsical to the core?

Now, I suppose, I should provide some evidence. I am game. Hey, what is a blog for, if not trying to catch glimpses of the radiant bunny. So, let us turn to consider candidates for the title of Leibnizian Inquirer. I put forward that an enlightened being may be a Leibnizian Inquirer, someone whose authority rests with the understanding that everywhere one turns are the monad's "the living mirrors of the universe."

I do not know. But I will throw this out there. Here is my best guess. I hope that aid the conversation. Below, I present a Ram Dass quote to see if it is useful. In this quote Ram Dass describes his guru. Please, consider this description through the lens of Churchman's inquiring systems.

Ram Dass describes his guru (Neem Karoli Baba) as follows: "Such a being acts out of a fearless freedom, his compassion expressed in breathtaking unpredictable ways, at one moment miraculous and at the next quite mundane. Even in the midst of the strong passions of the moment, there is a deep inner calm and peacefulness, an indifference to the polarities of fame and shame, loss and gain, pleasure and pain, and even life and death. Such a being works not from a sense of duty or for a transformation of being but because her or his compassionate heart finds expression spontaneously in action.

I read this and I want to know everything about the design of "compassionate heart" systems. I sense that I must turn inward with my questions. But, when I do this, all quiet, except for the rooster ra-ra-rawooing, the hero holographic dissolves my questions.